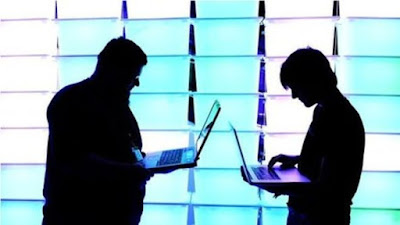 The Russian Federal Security Service detained the alleged founder of the Shaltay-Boltay (Humpty-Dumpty) website, Vladimir Anikeev, who gained notoriety after publishing the correspondence of high-level officials. The detention took place in October 2016. On the 28th of January 2017, Rosbalt reported on this event with a reference to its own source. Anikeev was taken into custody in Saint Petersburg after arriving from Ukraine.

“According to the edition, he was engaged in publishing the correspondence of Russian presidential aide Vladislav Surkov on one of the local websites. Rosbalt’s source said that Anikeev was lured out of Ukraine.

The Federal Security Service charged him with violations of Article 272 of the Russian Criminal Code, illegal access to computer information. Anikeev mentioned the Deputy Head of FSB’s Information Security Center, Sergei Mikhailov several times in his testimony.
Mikhailov was detained in December 2016. It is reported that hackers were spotted in the summer of 2016. Searches were conducted in Saint Petersburg although the exact location of the searches wasn’t disclosed.
The Agency further claims that Shaltay-Boltay found itself on a hook by the Federal Security Service after these events and was forced to publish materials on instructions from the Agency’s employees. On the 25th of October 2016, a gigabyte of data from the [email protected] mailbox, Surkov’s reception office, for the period of 2013-2014 was published on the Internet.
The detailed reports on the situation in Ukraine, Abkhazia, documents on funding the DPR and LPR, lists and contacts of employees of the Office of the Russian President on socio-economic cooperation, data on meetings and conferences of the Russian presidential aide, scanned copies of passports of Surkov and his family were found in the released files. After publication, the Kremlin stated that Surkov does not use that email address.
Source: uawire.org
]]>